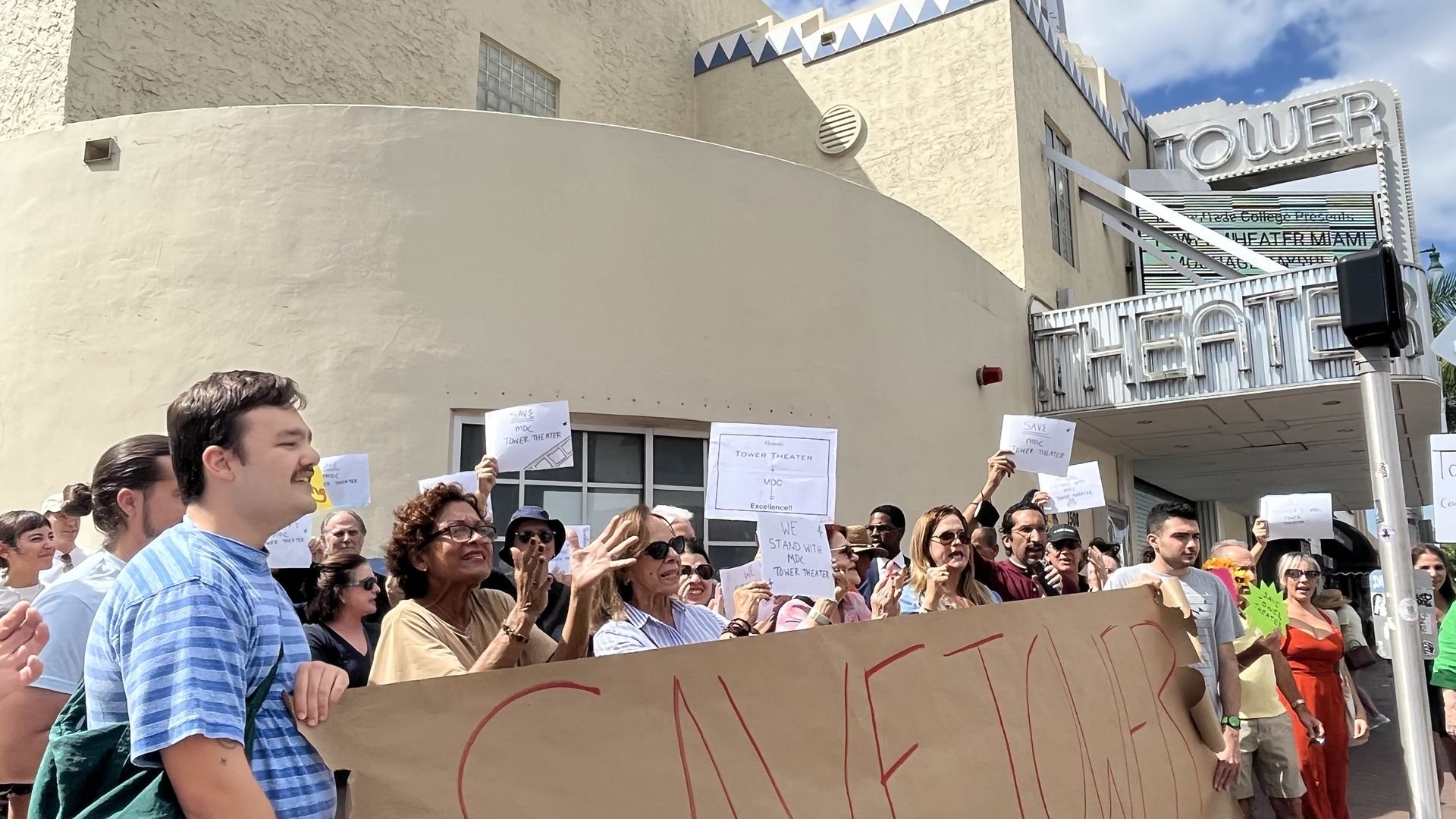 A few dozen protesters gathered outside the Tower Theater yesterday to condemn the city of Miami’s plan to turn the Little Havana arthouse cinema into a tourist welcome center and performance space.

Catch up fast: Miami government reclaims city-owned theater after terminate a management contract with Miami-Dade College, which has managed the space for 20 years.

Details: The city plans to continue showing movies at the theater, Carollo said. But it will expand the lineup to include short tourist-oriented documentaries about Miami attractions and local history.

What they say : Local filmmaker Chris Molina, who created a petition to save the theatertold Axios that the city redesign would “shrink” Little Havana.

Meanwhile, Miami-Dade College says it can make the same changes outlined in the city plan without being removed as theater manager, Miami New Times reports. The management agreement expires in January.

What we are looking at: Molina said protesters may have to show up in person to urge the city commission, whose next meeting is Oct. 13.

Leica presents Cine 1: the first-ever 4K projector with 80 and 100 inch images – By Man

Look at this stunner and her outfit for IIFa performance. Hai na super-hot? . .