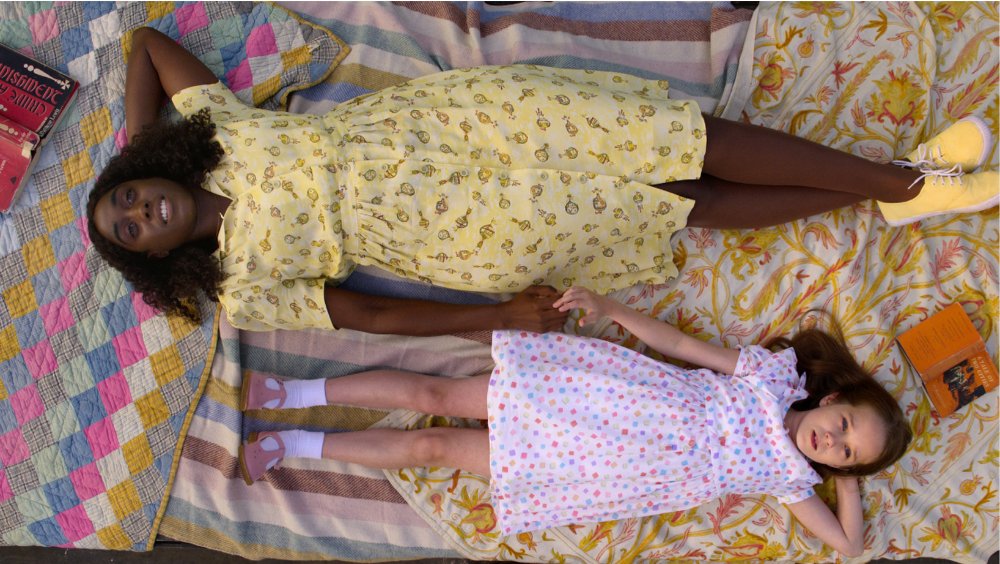 What children love about Roald Dahl’s books is precisely what other writers tend to dodge when adapting them: that chilling, unapologetic streak of misanthropy so uplifting to children who have been given the instruction to see the good in everyone, to open their eyes to the nastier, more ironic adult world that awaits them. Even Dahl’s shrewdest and most elegant adaptations tend to assuage this cruelty somewhat: Nicolas Roeg’s “The Witches” is viciously creepy but tackles an unmistakable happy ending, while “Fantastic Mr. Fox” by Wes Anderson smothers the violent survivalism of its source tale with its more gently eccentric world-building from the director. Already based on one of her sweetest stories, “Roald Dahl’s Matilda the Musical” sweetens things up further by eliminating the presence of her funniest adult grotesques to accommodate more childlike exuberance. The long overdue author would probably have grumbled; young viewers will be delighted, however.

And yet, even if his script indicates otherwise, the adults still have the upper hand in the director. Matthew Warchus‘ dynamic screen transfer from his hit musical. The pleasantly precocious main character of 12-year-old Alisha Weir and a large, enthusiastic ensemble of self-proclaimed “rebellious children” fill the screen from one busy number to the next, as they vocally defend children’s right to to be children face to face with authoritarian adult opposition – only for Emma Thompson‘s hulking, truck-jawed antagonist to rather greedily draw attention away from them with every spiteful line-read. The movie, overall, is a happy, sherbet-colored thing, brimming with goodwill for all the right people. What we will remember, however, is each scene where the malevolence of the elders deliciously spoils the party.

This balance, correct or not, should not diminish this year’s interfamily appeal. London Film Festival opens when it hits theaters in December. By the time it sneakily hits Netflix on Christmas Day, ‘Matilda’ could well become a phenomenon – especially in Britain, where the film has been adapted without compromise. (It makes sense, given that with a four-year run on Broadway, the musical was only a hit in the United States; still in the West End after 11 years, it’s an institution at home.) This will relieve any purists who objected to Danny DeVito’s brashly Americanized 1996 film about Dahl’s book. This Matilda Wormwood drinks tea and eats Cadbury Curly-Wurlies in a corner of English suburbia that’s updated in its social diversity but otherwise carefully not era-specific. No laptop or computer in sight here: to better encourage the prodigious reading of our heroine.

Cutting through the long, episodic setup of Dahl’s story and edging closer to his own Tony-winning scene book, screenwriter Dennis Kelly skips just beyond uncovering Matilda’s life-changing literature, instead taking his advanced genius like, well, read. His gleefully vulgar, anti-intellectual parents are also overlooked here, as all their numbers have been removed from Tim Minchin’s bubbly score – a shame, really, given how well they’re played by an ideally cast Stephen Graham. . and Andrea Riseborough, who at least get away with the few scenes given to them.

But there’s little time to waste in this hectic two-hour film, with Matilda soon whisked off to school (years late, not that her parents care) at the aptly named Crunchem Hall. There, his extraordinary intelligence immediately attracts the admiration of nurturing teacher Miss Honey (a charming Lashana Lynch, suitably sweet but never cloying) and the hostile wrath of principal who hates children and loves athletics Miss Trunchbull (Thompson, permanently dressed in a wax-like tank that represents the pinnacle of Rob Howell’s playful costume). Those familiar with the stage spectacle won’t have any big surprises from now on, as Matilda’s over-heralded discovery of telekinetic powers upends the Trunchbull’s reign of terror, while the ornate exhibit frame Kelly’s story within a story – one of Kelly’s more wonky innovations – makes a somewhat awkward return. Only the very elaborate CGI of the climax deviates from expectations.

That’s no criticism, since Warchus’ film mostly feeds on what has worked on stage before: the quick lyrical wordplay and energetic, screaming delivery of Minchin’s songs, the deliberately heavy stomping of the choreography of Peter Darling and his villain’s booming pantomime presence and, let’s be honest, star attraction. Savoring a role traditionally played in stage pick-up, rushing through each of her scenes with enhanced arms akimbo, Thompson is entirely a scream, whether she’s throwing herself into a full-scale slapstick or giving a venomous, sneaky twist. to childish bashing like, “He should have thought of that before he made a deal with Satan.

If it sounds less funny written, Thompson’s eccentric physical and verbal mannerisms provide the bulk of the laughs in an adaptation that illuminates Dahl’s grittier humor. Matilda, of Irish descent, is a serious and watchful presence, although the film emphasizes the seriousness of the character rather than her more ironic impulses. Indeed, even as big collective numbers like “Naughty” and “Revolting Children” espouse the virtues of stepping out of line, the enthusiastic and exactly on their mark young ensemble could have been directed to be a little more unruly.

Cinema, too, wants a bit of anarchy, or at least an itchy verve. Tat Radcliffe’s lens looks airbrushed and a bit too bright; Melanie Ann Oliver’s edit moves at a fast, steady pace, but never quite kicks in to the beat of the music. A gifted director who brought a tactile period texture to his latest film “Pride”, Warchus here doesn’t quite demonstrate the cinematic ingenuity to make a great musical: aside from the odd flickering switch between consciousness indoor and outdoor in the manner of Rob Marshall’s treatment of “Chicago,” the centerpiece numbers here aren’t vitally reimagined for simultaneous widescreen and close-up possibilities.

Still, it seems rude to over-criticize a lively, likable film that sincerely celebrates the imagination and joy of youth, and is sure to elicit those qualities in much of its audience – even if it’s the most fun. when it’s least inspiring. The title notwithstanding, “Roald Dahl’s Matilda the Musical” isn’t really by Dahl, but a good-humoured, humane, and suitably accommodating update to a story that, now, for a few generations of readers and viewers, very similar to theirs. . If that leaves a bit of a feeling that, multiple adaptations later, the book still tells it best, Matilda Wormwood would surely agree.

An editor’s homage to real journalists, a dying breed