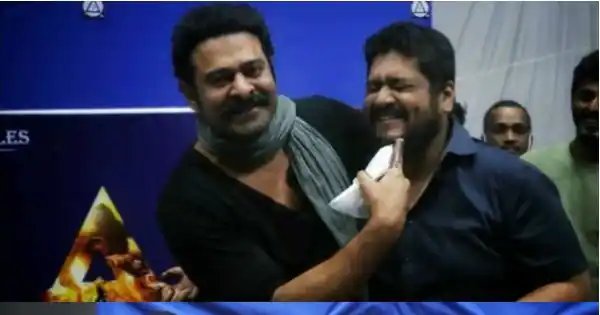 Om Raut’s Adipurush starring Prabhas, Saif Ali Khan, and Kriti Sanon is one of the most awaited upcoming movies. The movie is based on Ramayana, and Prabhas will be seen playing the role of Lord Ram in it. Kriti will portray the character of Sita, and Saif will play the role of Raavan. Adipurush was slated to release in August this year, but it has been postponed to January 2023. Recently, in an interview, Raut revealed all preparations Prabhas did for the film. Also Read – Shah Rukh Khan, Salman Khan, Akshay Kumar meet Saudi Arabia’s Culture Minister Bader bin Farhan Alsaud; pictures go viral

While talking to Deccan Chronicle, Raut revealed, “Every actor has a ‘to-do’ list when it comes to roles. Prabhas had one too, and followed it although the list was long (smiles). I asked him to work on his body shape. Prabhas plays Lord Rama who is an archer, and archers have a different type of body shape, like a V – they are broad at the shoulder and narrow at the waist. So Prabhas worked on his body. Also, he took training in speaking pure Hindi. He worked on getting the diction right. Although Telugu is his mother tongue, he had to practice that too, because he had to speak shudh (pure) Telugu. And over and above all of this, he had to project calmness. Of course, Prabhas’ eyes are so beautiful that he could achieve that – he looks picture-perfect as Adipurush.” Also Read – Will Smith starrer Fast and Loose put on backburner after the Oscar 2022 slap controversy?

The filmmaker further praised Prabhas and called him ‘kind hearted’. He said, “Prabhas is one of the nicest persons to work with. He is kind-hearted and also very logical. Apart from all his gestures like bringing us home-cooked lunch, the best aspect of him is that he always looks out for people on the sets irrespective of how big or small they are.” Also Read – Lock Upp: Ankita Lokhande REVEALS she is pregnant on Kangana Ranaut’s show, but there’s a twist

While with Prabhas and Kriti, Raut is working for the first time, the filmmaker had worked with Saif in Tanhaji: The Unsung Warrior in which he played the antagonist.

Further talking about getting Saif to play Raavan, Raut said, “I needed a great personality and someone with great intensity and panache to play Raavan. Since Saif played an antagonist in my earlier film Tanhaji, I believed he had the ability to pull off any role with elan. When asked to pay Raavan, he readily agreed. I have to thank him because actors of such calibre don’t easily agree to play antagonists.”

Well, reportedly, the first look of Adipurush will be out on Ram Navami (10th April 2022) this year.

We really hope you never need to know this. But just in case you do, read about